“I put my heart and soul into my work, and I have lost my mind in the process.”

Life can be so simple, yet so complicated at the same time. Life through the eyes of one of the world’s most talented artists, Vincent van Gogh, was a struggle, which inevitably led him to self-admit himself into Saint Paul de Mausole hospital.

Saint Paul de Mausole is situated 1km south of the French town of Saint Remy de Provence, and right next to the archaeological site of the ancient Roman city of Glanum. It is here, in this original building that the famous Dutch impressionist painter spent one year of his later life, from May 1889 to May 1890, recovering from mental illness and an ear amputation.

Early records for the hospital show that prior to the asylum, the chapel of St Pierre, named after a bishop of Avignon, had already existed. In the XI century, it became a monastery dedicated to St Paul and a nearby Roman Mausoleum. From 1768, Saint Paul de Mausole saw the welcoming of “the misfortunate with the tendency to become insane”. By 1855, a decree was passed and Saint Paul de Mausole was an authorized private asylum devoted to the mentally ill, and still continues to this present day to care for mentally ill patients. 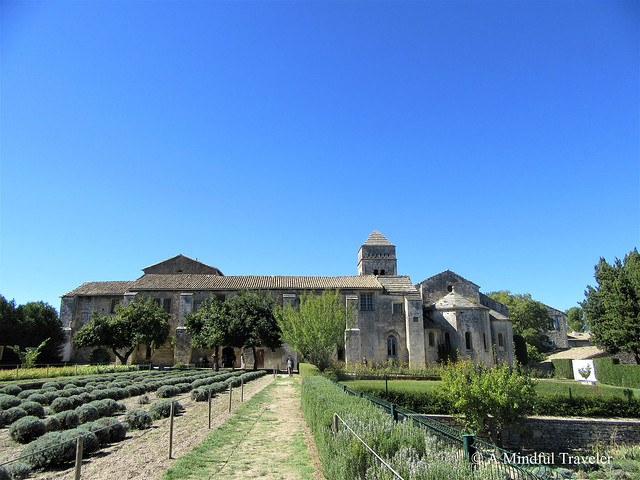 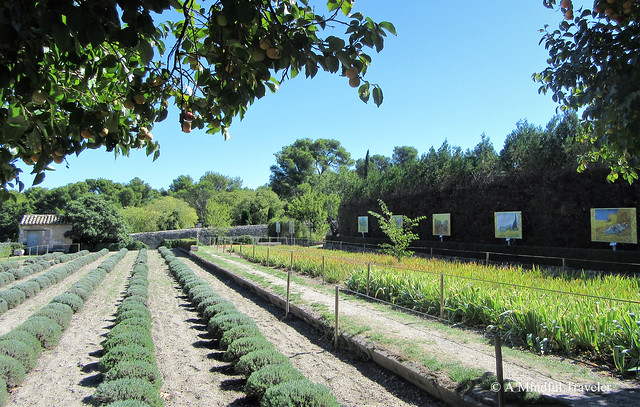 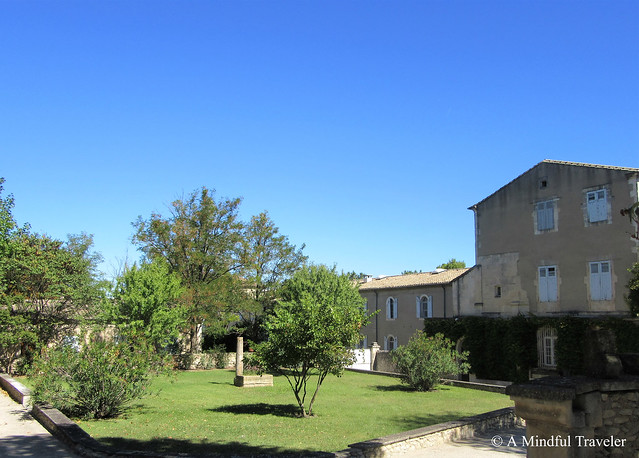 It is understandable why van Gogh found inspiration from Saint Paul de Mausole and its local surroundings. Heartened by the serenity, and fascinated by the beauty, he produced more than 100 drawings and 150 paintings during his time spent in Saint Remy de Provence. In fact, it is considered as one of the most significant periods in the work of the artist. Some of his famous pieces painted here include “The Irises”, “The Wheat Field with Cypress Trees”, “The Asylum St Paul” and the ever-popular “Starry Night”.

“Starry Night” was painted in 1889, from a lone window of the men’s quarter of the asylum. Known today as a work of art, van Gogh considered “Starry Night” a failure, as he professed to his brother Theo, through one of the many letters he wrote. 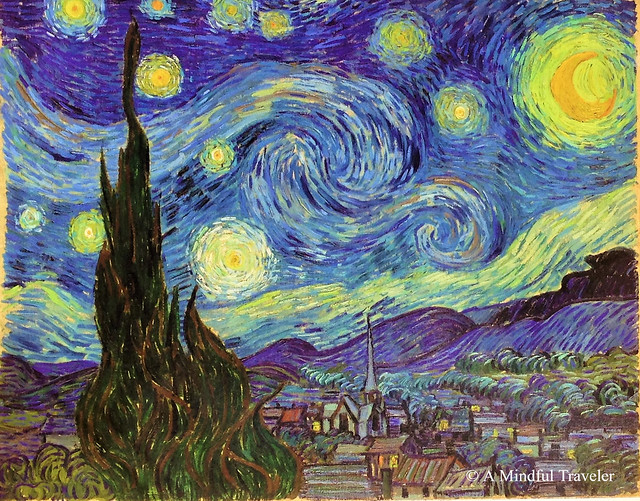 Van Gogh was released from Saint Paul de Mausole in May 1890. Two months later he died in Auvers-sur-Oise, where he was painting the wheat fields. He had taken a bullet to the abdomen among the fields and died two days later in a nearby inn, confessing on his deathbed that he had shot himself.

Created in 1995 The Valetudo Association of Saint Paul de Mausole continues to advocate its mission of the struggle against mental illness and possible prevention. Over 100 patients still reside at Saint Paul de Mausole and are generously provided with art therapy workshops, music, and painting. Permanent pieces of resident’s artwork are displayed throughout the beautiful 12th-century Roman cloister and the Valetudo Art Centre within the hospital.

Saint Paul de Mausole is open to the public every day, though entrance can be determined by the number of visitors at any one time in order to maintain a peaceful surrounding for patients. Amongst the tranquil lavender gardens and charming Roman cloister, visitors can also view an area dedicated to the history of the establishment and a separate area reconstructed to that of the room van Gogh stayed in whilst at the hospital. 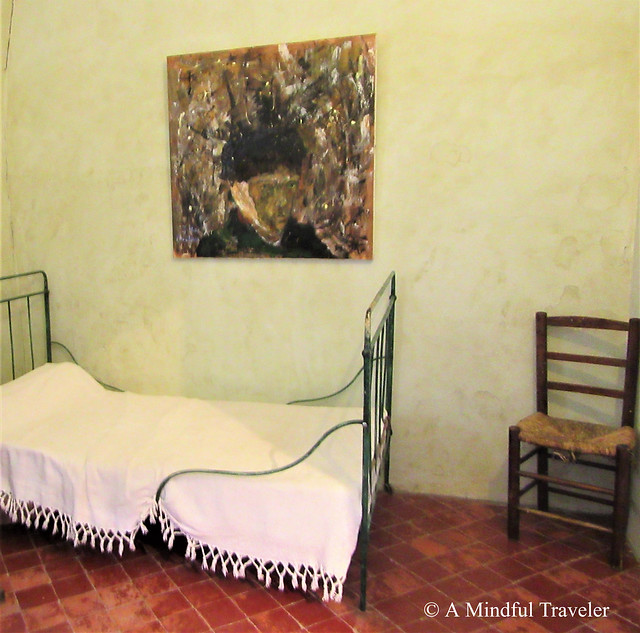 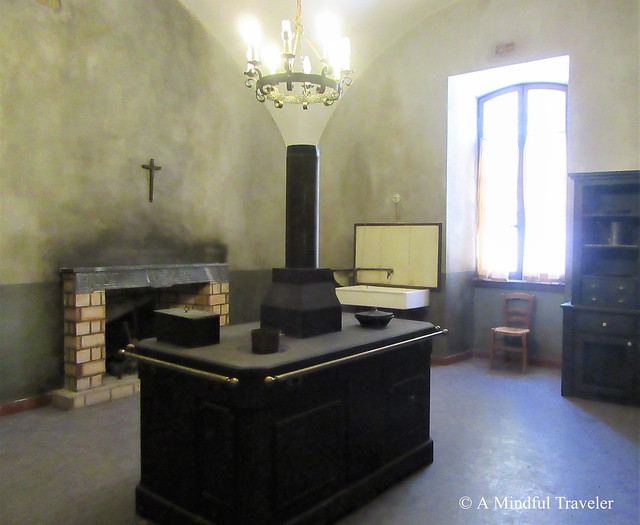 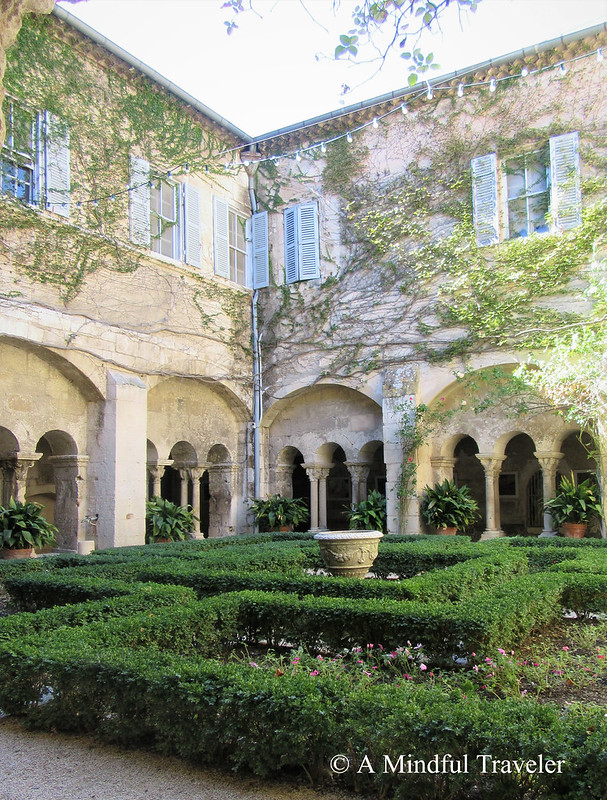 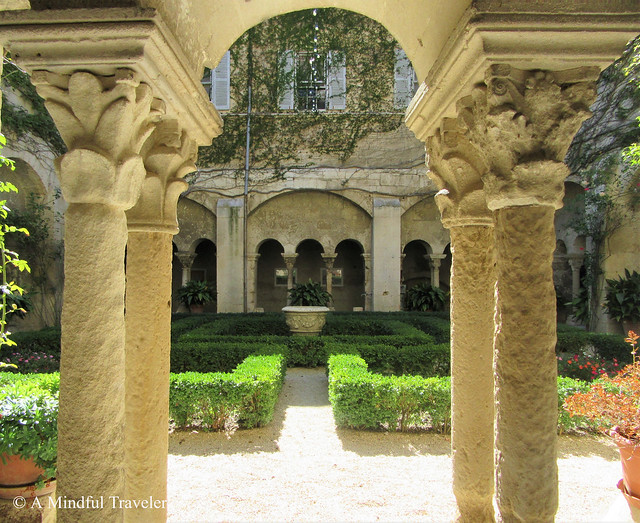 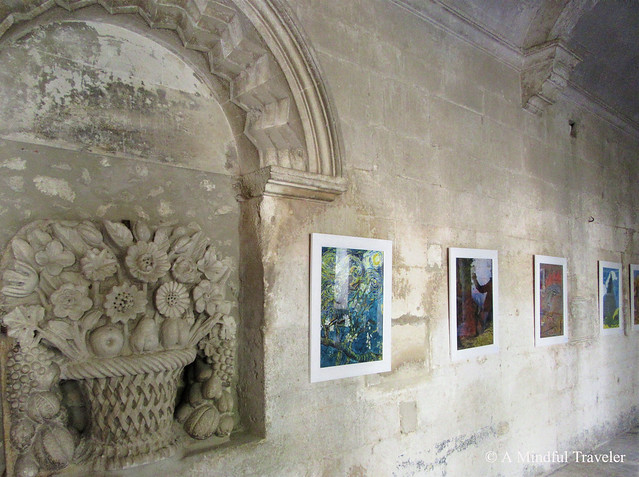 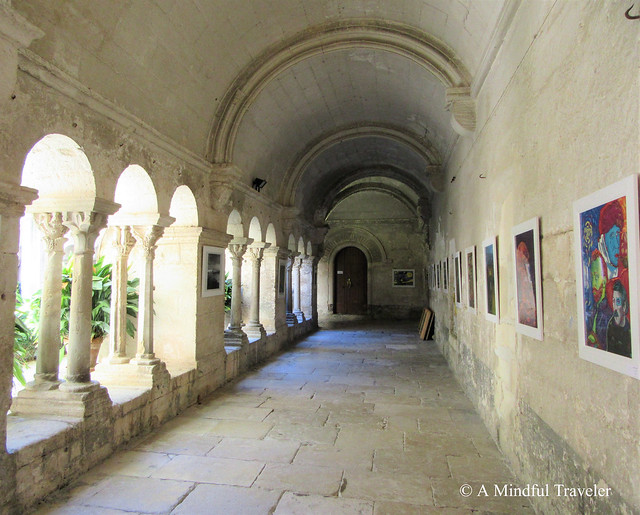 Saint Remy de Provence will forever be associated with Vincent van Gogh and his time spent in the town. The contemporary museum of Musee Estrine in Saint Remy permanently houses the van Gogh Interpretation Centre where many of van Gogh’s personal letters are displayed.  The Vincent van Gogh Trail, which stretches for 1km from the town center to Saint Paul de Mausole, allows you to trace the artist’s footsteps through 19 massive painting reproductions along the scenic route. 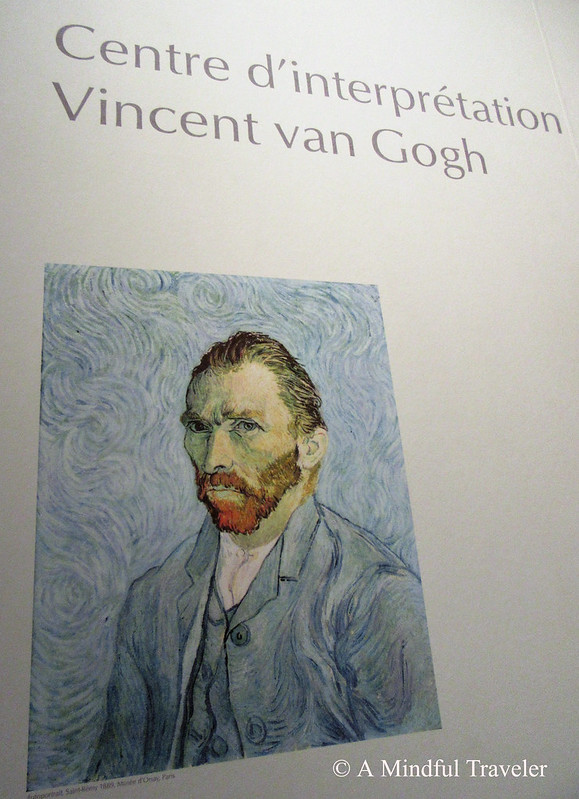 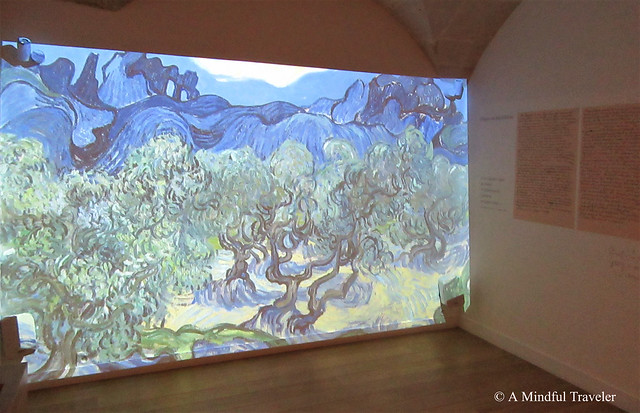 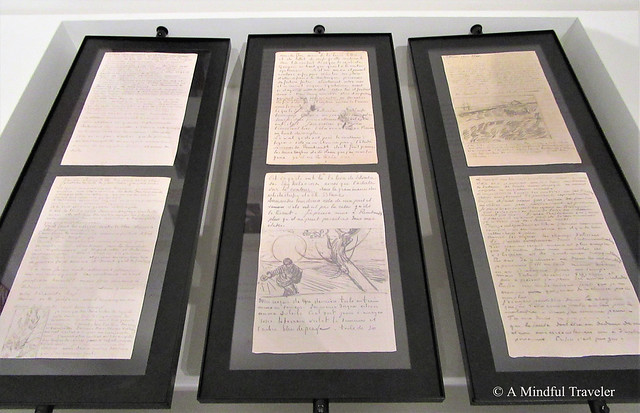 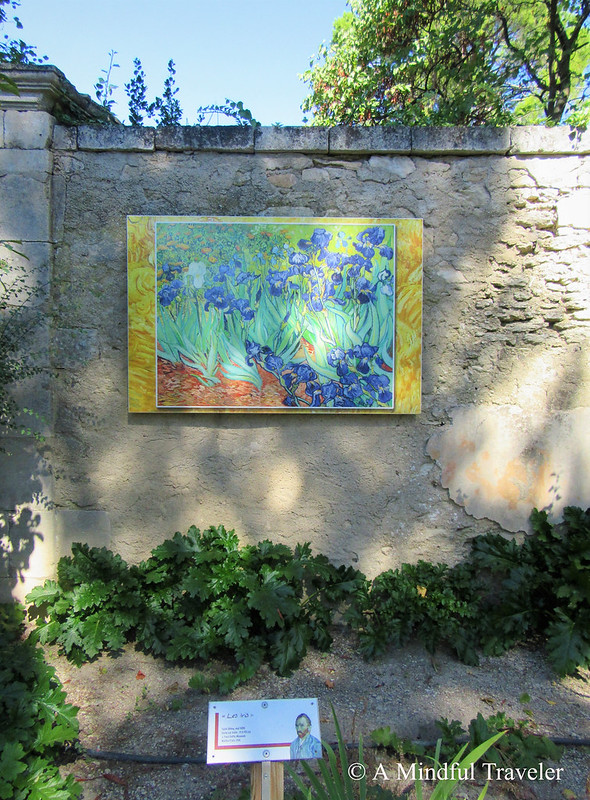 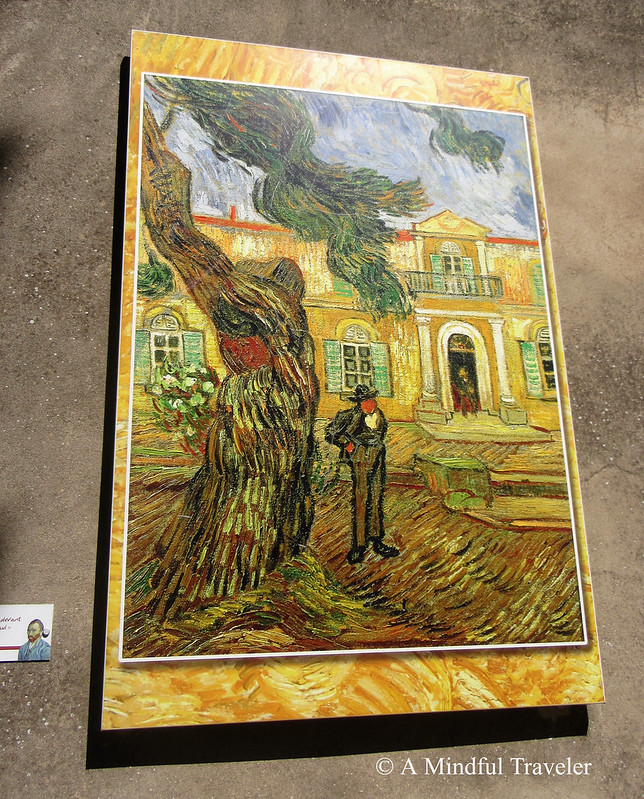 Saint Remy de Provence and Saint Paul de Mausole, enhanced our knowledge and appreciation for Vincent van Gogh and the short yet important life he led. We know without a doubt; his creativity will eternally remain.

“For my part I know nothing with any certainty, but the sight of the stars makes me dream”. 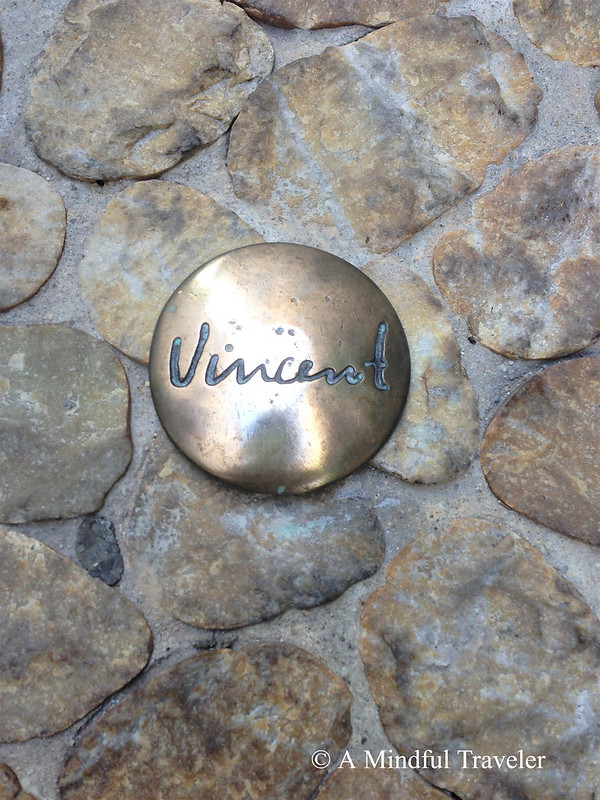 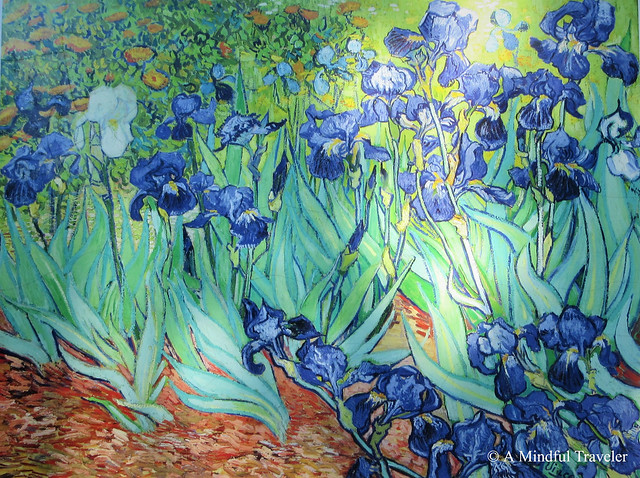